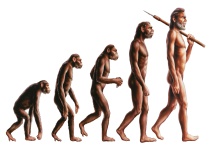 Do chimps and humans have a common ancestor?

The claim that chimp DNA and human DNA are 99% the same is FALSE.
The actual similarity is about 85%.

In 2001, the full human genome became available.
In 2005, the first draft chimp genome became available.
The latest chimp genome confirms a 85% similarity between chimp DNA and human DNA.
The 15% difference equates to roughly 360 million base pair differences that evolution needs to explain.
That's a massive number of mutations - all of which must change exactly the correct way - to change chimp DNA into human DNA.
Natural processes could NOT create 360 million letters of precisely coded information in the alleged 2 million year window allocated by evolution. 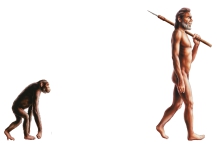 If apes (or chimps or monkeys or some common ancestor) evolved into humans, there should be many transitional ape-human species.

Beliefs should be based on evidence.

Let's cut to the chase.

The missing links are still missing because they never existed.

Please refer to the section on Piltdown Man.