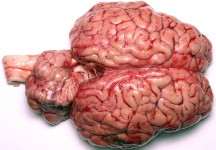 The most complicated kilogram of matter.

The human brain is the most complicated kilogram of matter known to mankind.
It contains an estimated 90 billion nerve cells (neurons), and trillions of connections between the neurons.
How does the brain process, store & retrieve the vast amounts of information necessary for vision, memory, speech, skills, hearing, emotions, etc?
How the brain actually works is still a mystery, despite vast amounts of MRI research.

The brain's complexity is beyond our understanding - almost infinitely complex.

Q1: How did atoms (which have no intelligence) figure out how to build the human brain?
Q2: How did atoms encode all these complex brain building instructions inside DNA? 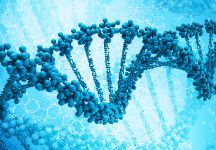 The more complex a product is, the smarter the manufacturer has to be, to design and build that product.

Evolution says unintelligent atoms figured it out, by themselves, by random chance!
Thus, atoms (which have no intelligence) must be smarter than evolutionists, because atoms figured out how to build the human brain, whereas evolutionists could not.

Answer: Atoms didn't figure out DNA. Evolutionists are smarter than atoms. Their belief in evolution is the problem.